Overview of the Mid-Atlantic Ocean Economy 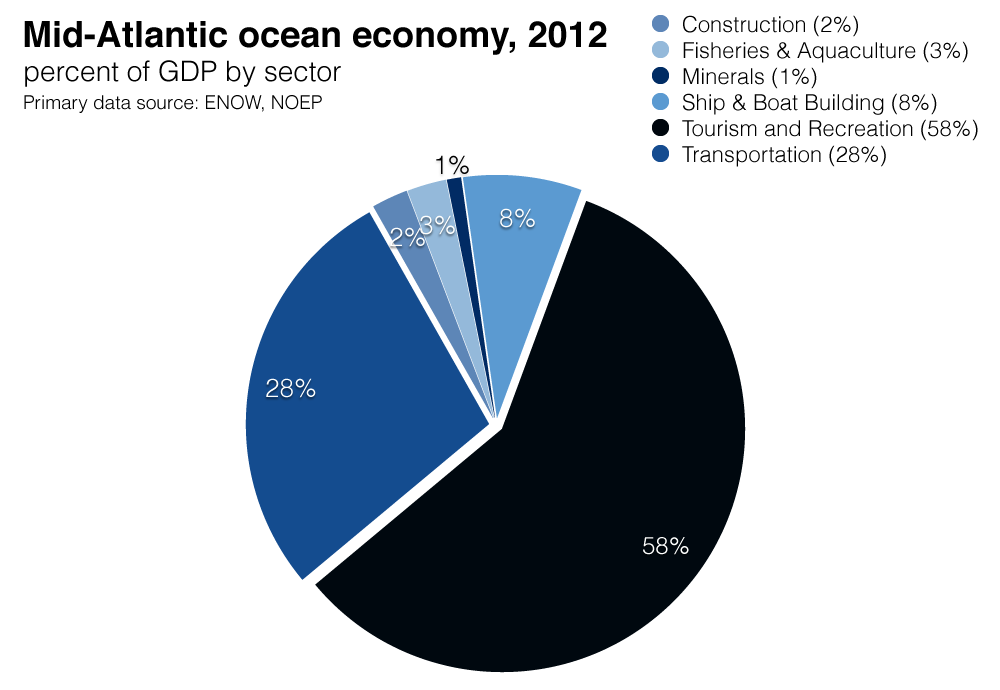 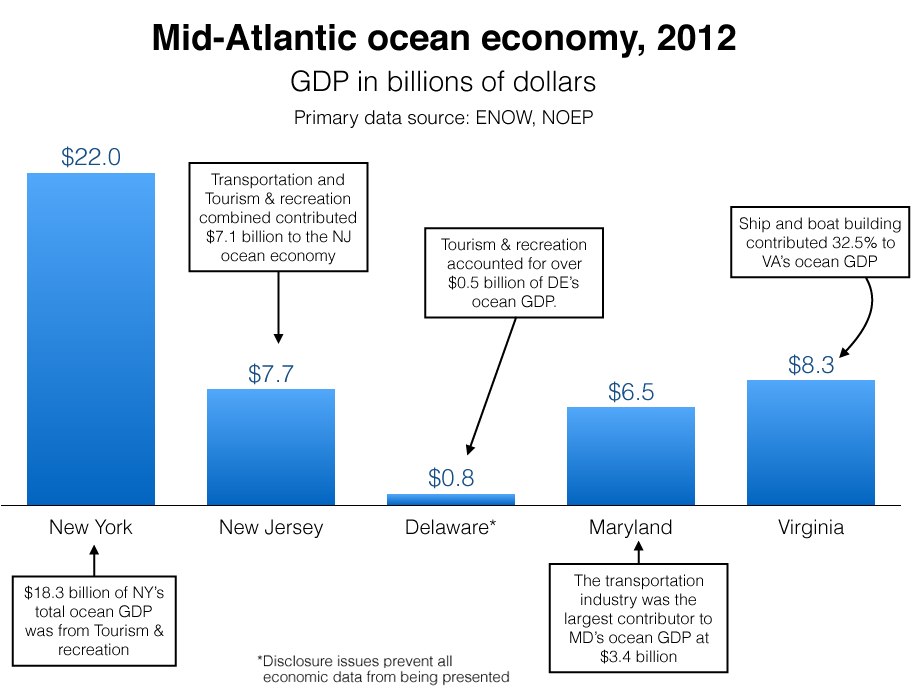 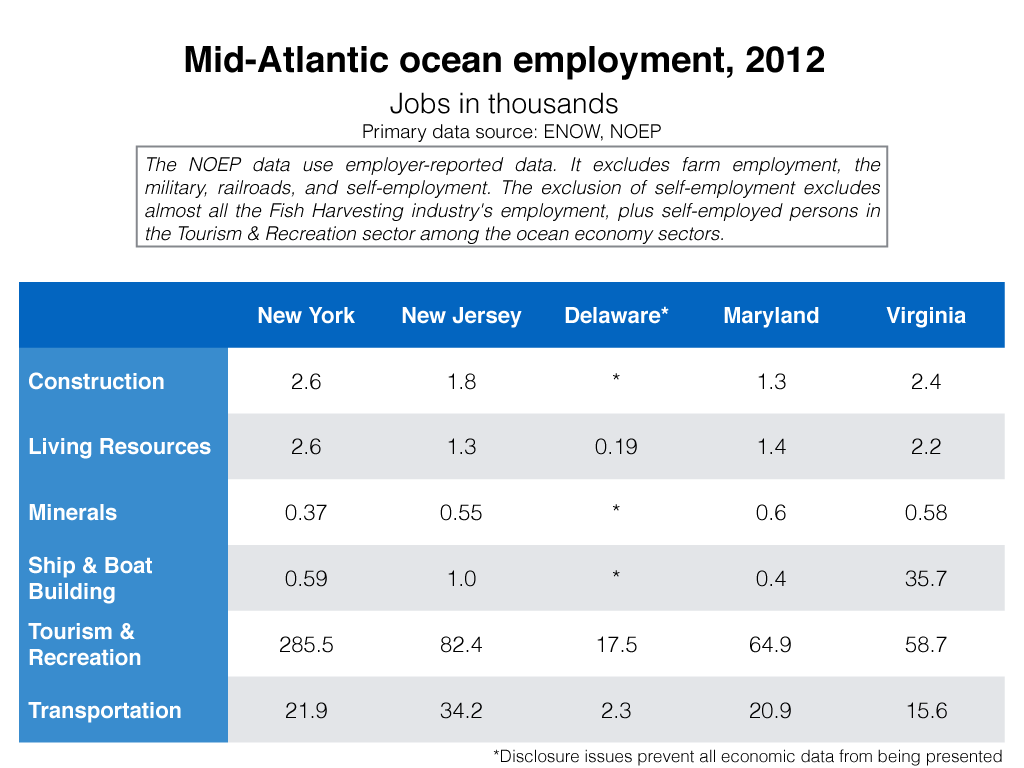 The Mid-Atlantic region is likely to experience significant changes in ocean uses and conditions over the next few decades, which in turn will affect coastal and ocean economies.

Offshore wind energy facilities are likely to be developed from New York south to Virginia. Some estimates suggest that offshore wind development could produce twice as many jobs and twice as much energy compared to potential conventional oil and gas energy production in the Mid-Atlantic planning area (Menaquale 2015).

Finally, with population projected to increase along the Mid-Atlantic coast, it can be assumed that travel, tourism, and recreational uses will all increase in the near future, and that the industries that support these activities will also grow.

Many characteristics of coastal and ocean environments generate goods and services that have value to people but are not bought and sold. In the field of economics, these goods and services are said to have “non-market values”. For example, intact wetlands that protect coastal areas from storm surge have a non-market value, and an unobstructed view of the sunrise from a beach also has a non-market value. The National Ocean Economics Project estimated that the total non-market economic value of the nation’s ocean and coastal resources in 2009 was over $100 billion per year (NOEP 2015). The NOEP Valuation Studies Search Tool can be used to find studies of some non-market values of coastal and ocean resources in Mid-Atlantic states, the entire U.S., and other countries. Studies include technical reports and peer-reviewed studies of the non-market value of activities such as boating, SCUBA diving, and swimming, as well as of assets including biodiversity, coastal wetlands, fisheries, and water quality.